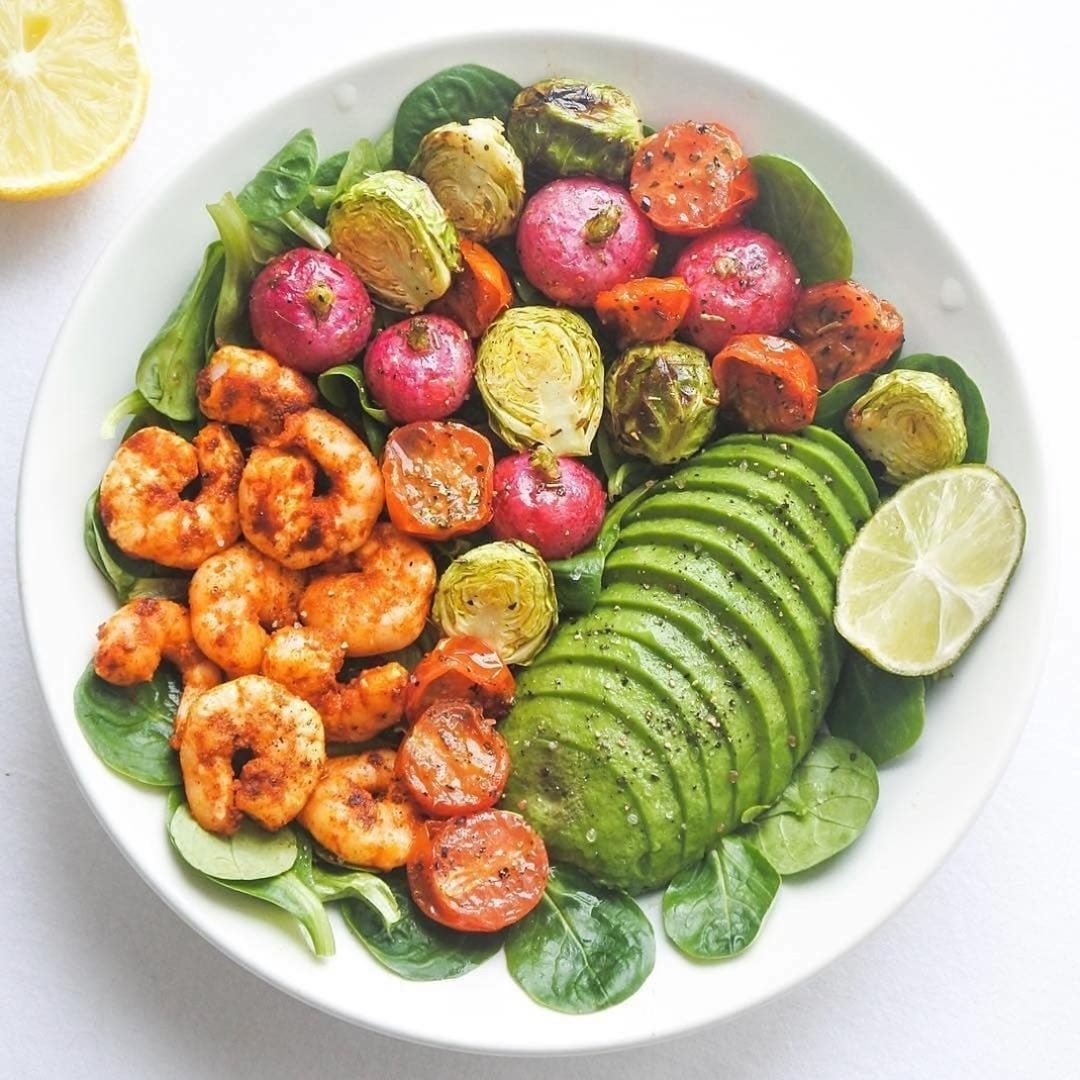 What Is The Keto Diet & Is It For You? + 5 Surprising Benefits

It’s no secret that there are a million diets and lifestyles widely available. It seems that every other day a new ‘trendy’ way to get in shape pops up on your Instagram feed.

The reason for this is that people have different reactions in terms of dieting; some might find a technique less effective, while some might consider it their haven.

There isn’t a one-size-fits-all method of losing weight or getting healthy.

The best way to get in shape is a lifestyle change that you can stick to for the long-term where you don’t feel restricted and unhappy.

One technique, however, stands out in terms of process, progress, and eventually, results. People from all over have been raving about it…

The Ketogenic Diet or more commonly referred to as, the Keto diet is a type of diet that involves high-fat, but low-carbs. According to Healthline, this diet not only is convenient for all meat-lovers, it also offers tons of health benefits.

I’m going to try and explain the keto diet the easiest way possible so it isn’t too ‘dense’ and I apologize ahead of time if it’s a tad boring. However, it’s important to have all the facts before we start any type of lifestyle change!

The norm is that your body turns carbs (carbohydrates) into glucose (sugar) to get energy. Carbs are the ones we eat and we have in our diet such as rice, bread, pasta, and the like.

Under the Keto diet, you would consume less carbs and more healthy fats; which will be the reason for the significant production of ketones in the body. This then enables the body to burn the fats, instead of the carbs, for fuel – a process called Ketosis.

Since you are not consuming a ton of carbs (sugar), your body will be short of sugar, resulting in the utmost production of ketones. In the process, your body gets a significant decrease in the levels of blood sugar and an increase in ketones – a buildup of acids and chemicals within the liver when you don’t acquire enough insulin in the body.  Ketones are the key in this process and are, in fact, an extremely good alternative source of fuel.

A person would know if he or she is in ketosis when the ketone levels in the body are measured as 0.8 millimoles per liter. Ketosis is the metabolic process when the body is not producing or acquiring enough glucose for energy; what it does is it burns fat for fuel instead.

What benefits does the Keto diet have?

There are a variety of health benefits associated with the keto diet from weightloss to even minimizing (if not getting rid of) seizures. Following the Keto diet religiously will definitely provide numerous health benefits which include:

Picture this: when your body is high on glucose, it would be dependent on glucose for energy. Otherwise, if it uses stored healthy body fat, it would be readily available.

Under ketosis, your body will utilize ketones for energy and fuel, making it better for our bodies as we are always ready when we need to release energy and not dependent on glucose.

One of the main appeals of the Keto diet is its fat-burning component. Most people try keto because they’re looking to burn fat as easily as possible.

When you’re on keto, instead of burning glucose to turn into energy or fuel, your body utilizes stored healthy fat; and what does that give you? Yes, weight loss.

Ketones aren’t just existent because they’re the best alternative source for energy, they’re also powerful in that it can give your brain up to 20 percent of the energy needed to work.

The brain is 60 percent fat and this only means that it needs a lot of fat to keep it going – so, saying that your brain power is excellent while under ketosis is an understatement.

Basic Biology states that mitochondria is the powerhouse of the cell. Having more ketones in the body would greatly help your brain produce more mitochondria. This means that you have more energy in your cells and the more chances of doing activities without feeling the need to eat or having odd cravings.

It might seem a bit odd but inflammation is actually our bodies’ ways of defending it from unwanted invaders.

However, too much inflammation is not good news at all as it can increase the risk of chronic diseases. If you are under a Keto diet, then the chances of inflammation can be minimal since it turns down inflammatory pathways because the major intake of healthy fat, as compared to glucose, reduces the number of free radicals.

Having a ton of ketones in your body does two amazing things: (1) it increases the hormone that makes us think and feel we are full (cholecystokinin); (2) and it reduces the amount of production of the hunger hormone (ghrelin). Feeling hungry all the time especially when you’re bored is quite common for most people. But if you’re under the Keto diet, it’s highly unlikely that this will occur to you.

The benefits of the Keto diet is pretty remarkable and it can be the answer to what you are looking for in terms of losing weight, gaining more energy, improving brain function; the list goes on.

But if we are to delve deeper into it, is it really something we can bank on in terms of health? Is it truly safe?

Is The Keto Diet Safe?

A lot of experts say that the Keto diet, specifically, ketosis in itself is not harmful. As a matter of fact, healthcare experts and practitioners suggest taking the Keto diet for overweight and obese people.

Although there were medical reports which discuss that people who are on low-carbohydrate diets regain and get the weight they’ve lost just within a year.

However, Keck School of Medicine of USC Ketogenic Dietitian Jessica Lowe says that the Keto diet has one big problem – nutrients that your body gains are inadequate. She continues to explain that whenever she has patients who want to try the Keto diet out, she often tells them to supplement this diet with fresh fruits and vegetables to make up for the lost nutrients and minerals.

Failure to do so might result in you losing weight, but being micronutrient deficient. Although the case is minimal, according to experts, it is imperative to remind yourself that you need constant carbs, too. The Keto diet, anyway, is a diet that would require you to intake “low” carbs. You shouldn’t go into keto with an ‘absolute no carb’ mentality.

Since we know that it’s safe, what side effects are involved?

When doing the Keto diet, it is imperative for us to know whether there are side effects we need to take note of. This is relevant especially for people who live with a daily routine that even the slightest change in the schedule can result in a big shift in their lives.

According to health experts and dietitians, constipation is among the most common problem. Why? Because not eating a ton of carbs can also lead to you not being supplied with the correct amount of fiber needed by the body.

Although it might seem alarming, dietitians say that a sufficient amount of fresh green veggies usually do the trick and help get you ‘regular.’

In its first stages, a person who decides to be under the Keto diet might always feel hungry, especially if that person is used to taking large sums of carbs per meal. However, as time progresses, and as the Keto diet flourishes, the ketones in the body will be able to suppress ghrelin (the hunger hormone), helping you not feel hungry all the time.

Similar to being hungry all the time, not taking enough carbs in a day can lead to energy loss. But after a few days of being under ketosis, your body, with the help of ketones, can tap the brain and tell it that it’s just a matter of time before large amounts of mitochondria is produced, powering the brain and the body.

It’s just a matter of being used to the diet. However, it is still best if you consult a local dietitian first to help you weigh whether or not the Keto diet is for you.

Keep in mind (like I said earlier), the best diet isn’t necessarily a diet, but a lifestyle change you can stick to in the long-term.

You can always give the Keto diet a shot, but if you feel like it’s too hard, it might be better to find something that’s easier for you and your lifestyle.

Everyone’s body is different. Some thrive on a high-carb diet and others on a high protein one, you don’t know how you’ll feel your best until you give it a shot.

Have you tried the Keto diet? What do you like or dislike about it? Leave a comment below letting me know! 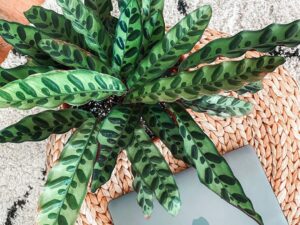 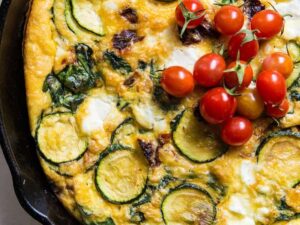 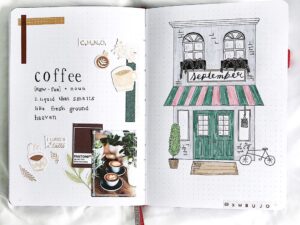