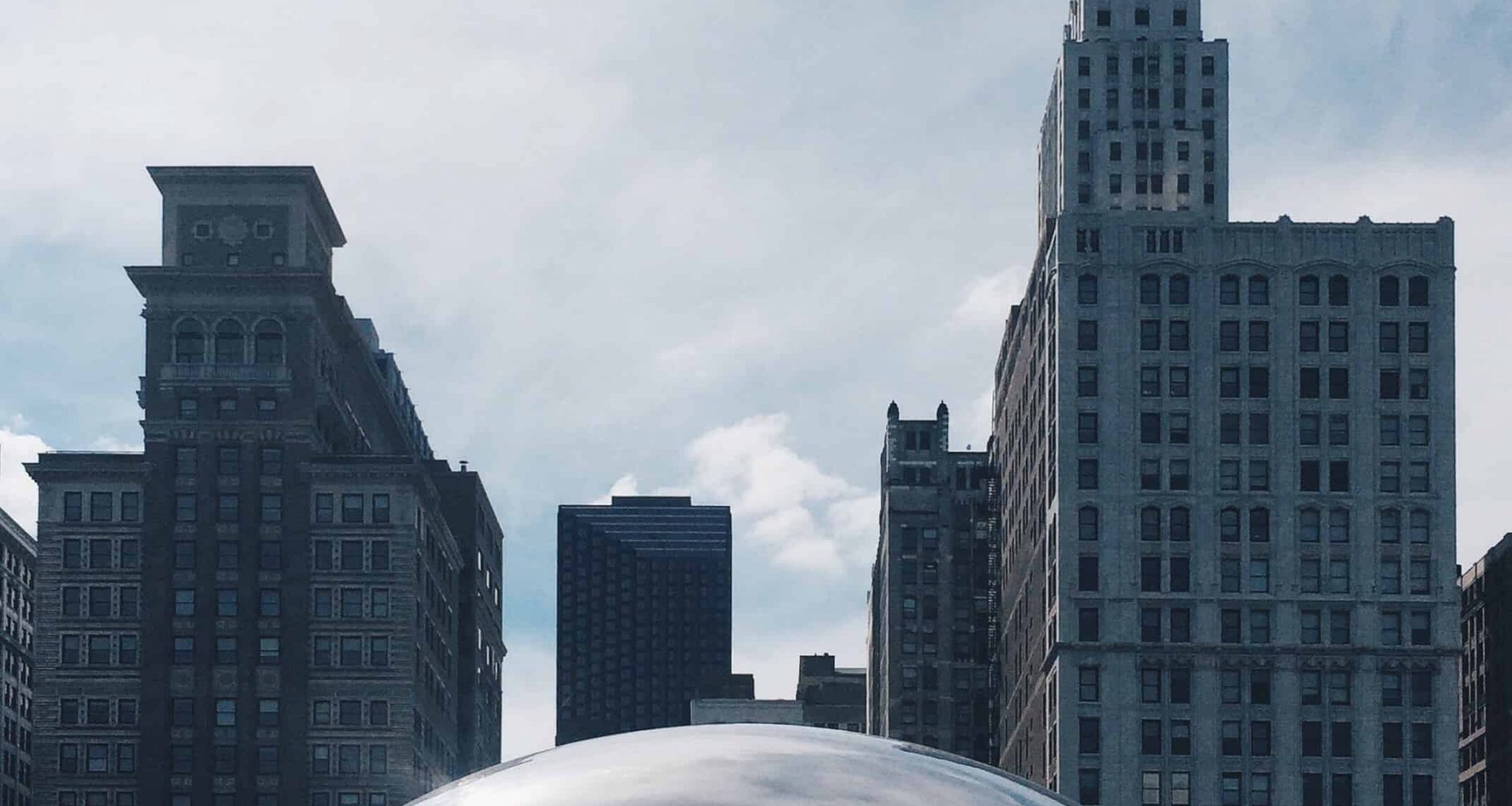 12 Things You Must Do When Visiting Chicago

The Midwest’s biggest city, Chicago is also known as the Windy City due to the cool lake breeze which makes it an ideal place to escape to during summer.

Home to a rich museum scene, plenty of Midwestern history and incredible architecture, Chicago has something for everyone!

Resting on 234 square miles of land, it is the country’s third-largest city and is home to more than 2 million people.

The city’s motto is “city in a garden” which alludes to its historic and impressive park system.

With many innovations in various fields such as science, food, natural history, and architecture, it is a city that should be on everyones bucket list. You can never go wrong with Chicago.

Where To Go In Chicago 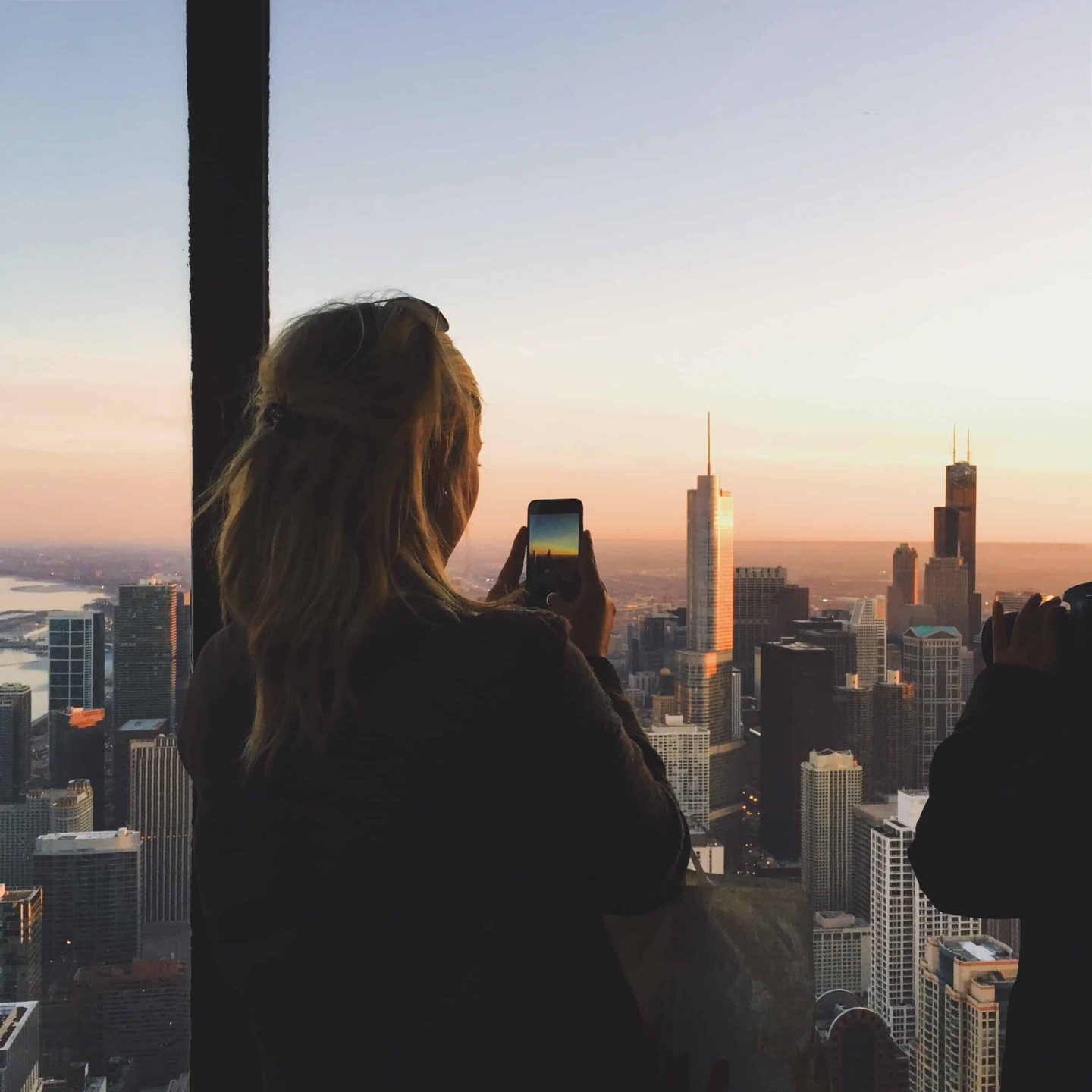 One of the city’s most iconic structures, the John Hancock Observatory is also called 360 Chicago.

It gives visitors a complete view of Chicago from a thousand feet above the ground. Encased in floor to ceiling windows, it features expansive views and on a clear day, you will be able to see 55 miles in any direction.

There are also interactive screens that help in identifying various landmarks that appear on the panorama.

If you are feeling a little adventurous, you can go on the TILT and indulge in an experience which you won’t forget as you get tilted from the 94th floor while holding on to handlebars as the top of the room’s windows extend outward.

Be warned though that it is not for the faint of heart. If you aim for a tamer experience, you can grab a cup of coffee while overlooking the city but don’t forget to drop by the souvenir shop on your way out. 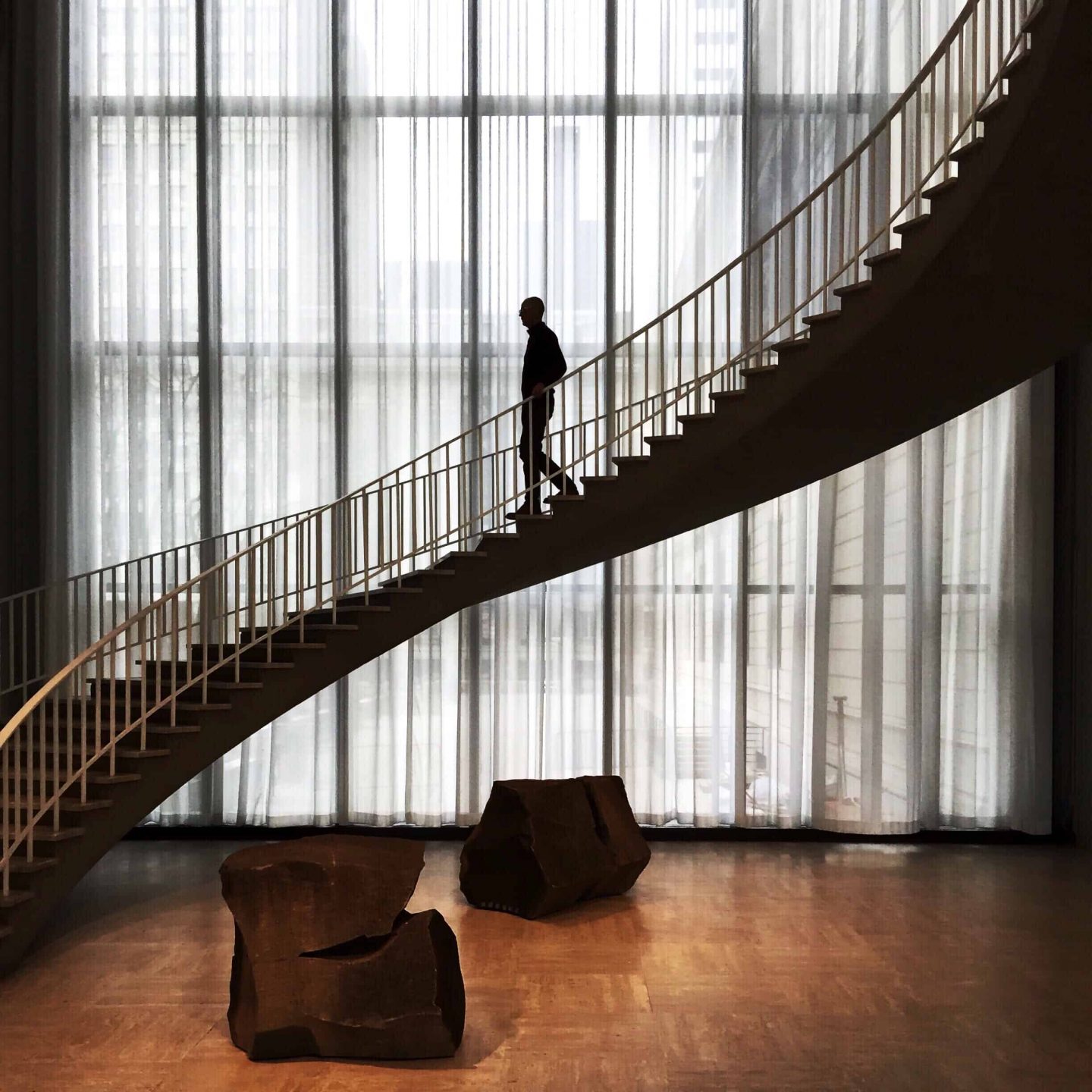 One of the nation’s most impressive collections of impressionist arts, as well as other genres, the Art Institute of Chicago has more than 300,000 works from all over the globe.

Consistently earning high praise from visitors, some of the things to look forward to are pieces from Monet, Van Gogh, and Renoir. 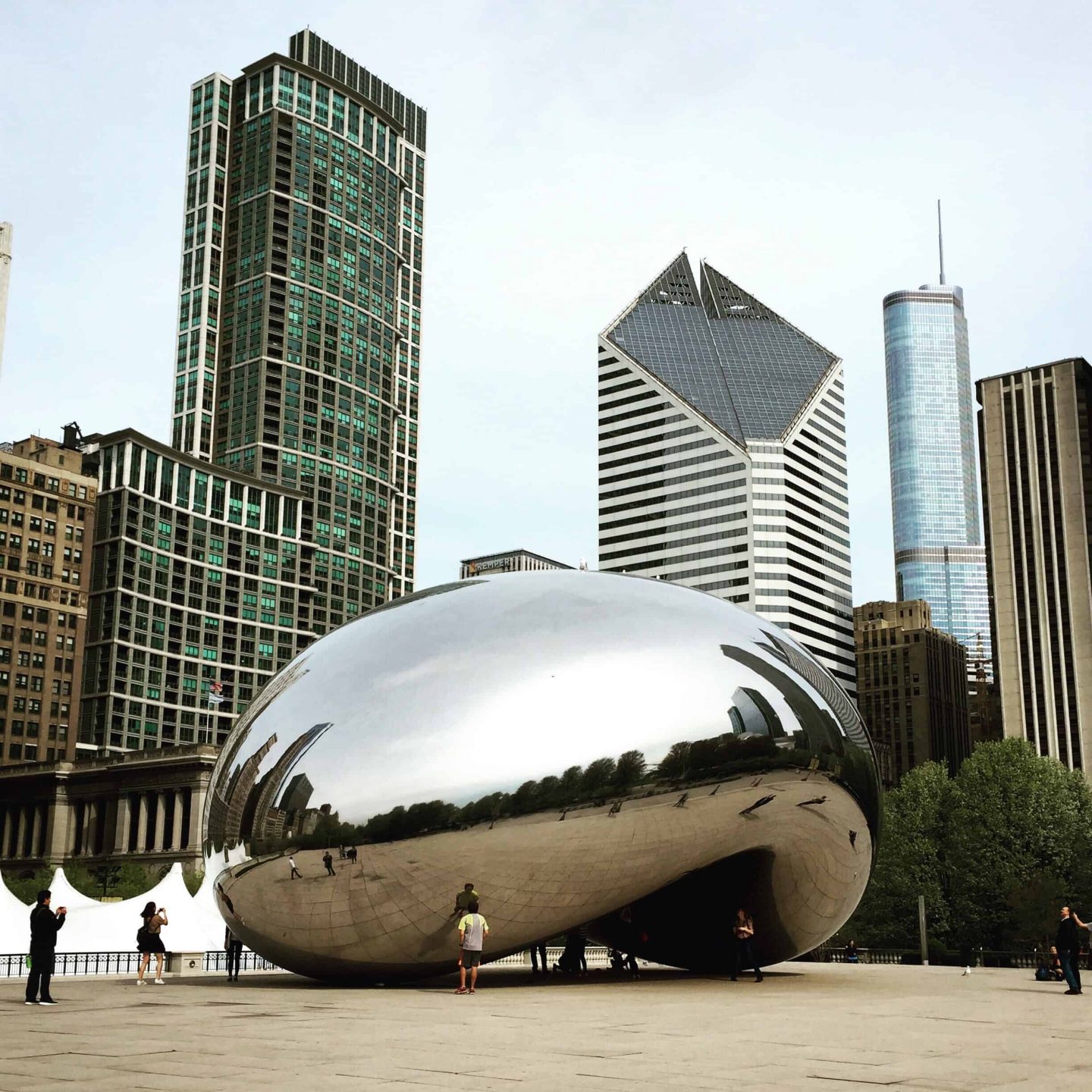 Chicago’s most recognizable park stands on 24.5 acres and this is where most locals spend their free time attending special events and looking at public art.

Start your exploration of the vast grounds by taking a selfie in front of the cloud Gate, otherwise known as the Bean.

This art installation that houses mirrors has been a favorite Instagram spot for tourists from all over the globe and is a must-see part of Millennium Park.

Don’t forget to take a stroll through Lurie Gardens and catch a concert for free in the Jay Pritzker Pavilion during summer or test your ice skates on the McCormick Tribune Ice Rink in winter.

The Magnificent Mile also happens to be the commercial district.

Fashionistas will love the wide array of the most famous name brands in this vibrant part of the city. It treats shopping as a sport and during summer hosts the Magnificent Mile Shopping Festival.

The Lights Festival is also something which must not be missed when you are in town. The place is quite huge so dedicate an entire afternoon to discover all its nooks and crannies. 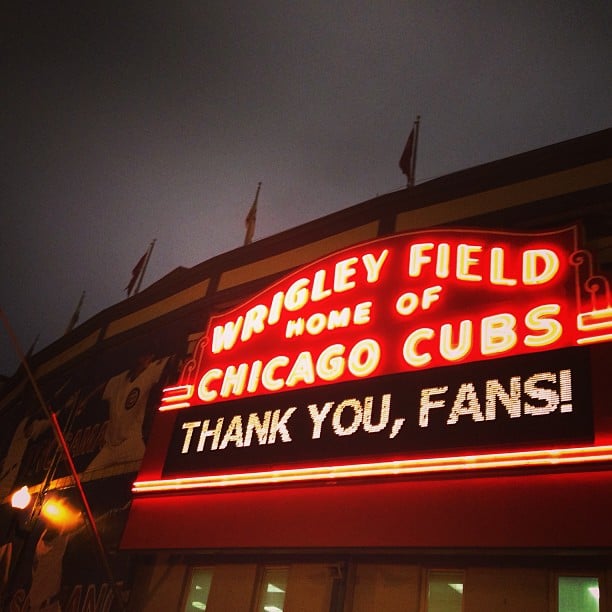 Sports fans are familiar with Wrigley Field and will surely want to visit it too.

Built in 1914 and the home of Chicago Cubs for more than a century, this is one of America’s oldest ballparks.

Even when it’s not baseball season, there is plenty to do in the stadium. Spend some time on the stands and order your favorite eats.

Aside from nachos and soft pretzels, there are also rotating dishes offered by some of Chicago’s top chefs. Something which mustn’t be missed is the famous hot dog by Hot Doug’s. 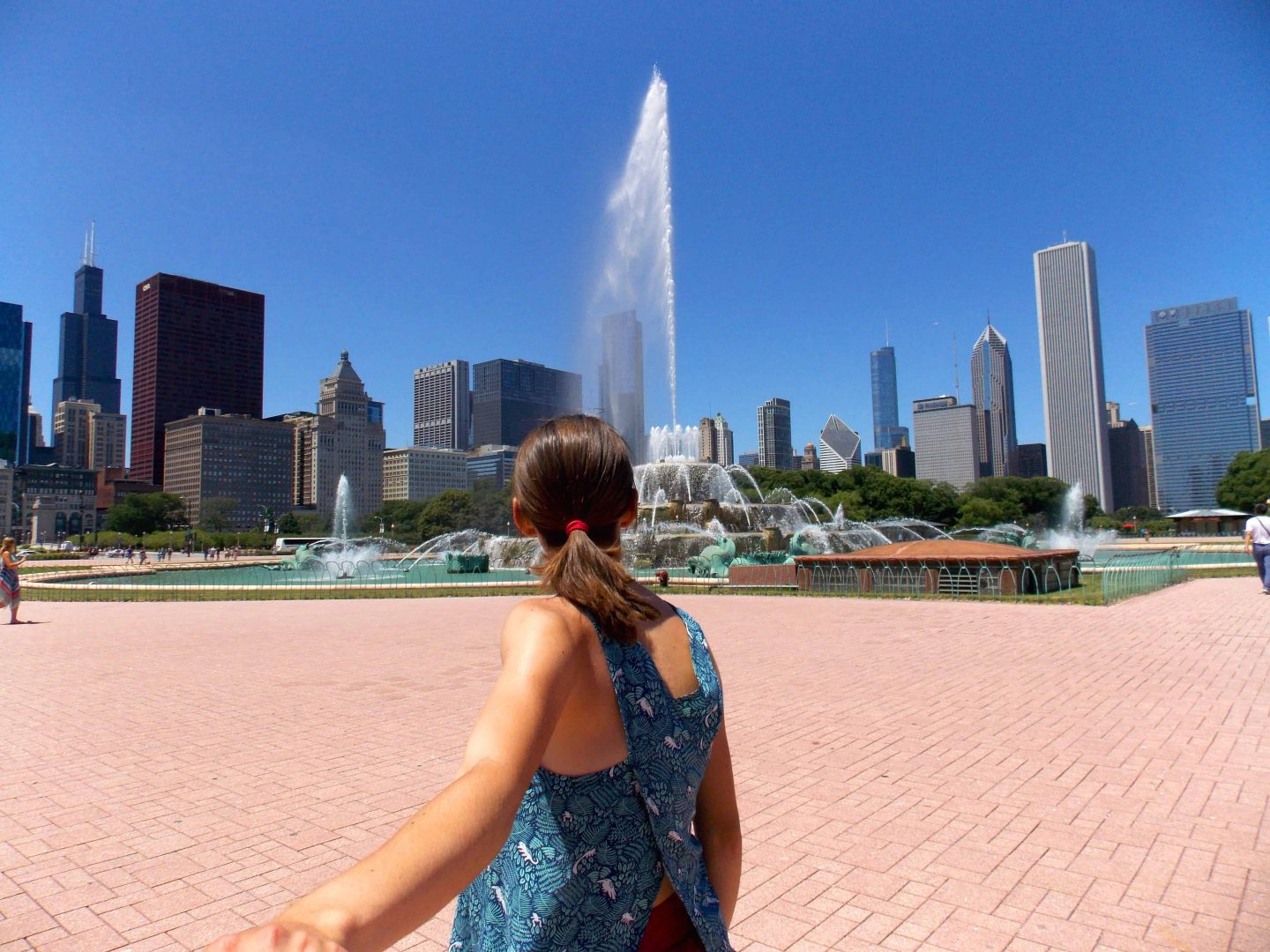 Lovingly known as Chicago’s ‘front yard’, Grant Park is made up of more than 100 acres of lush greens.

It is an escape in the middle of the city. First-time visitors are advised to spend at least a day at the park because it is home to some of the city’s most recognizable spots such as the Art Institute of Chicago, The Field Museum, and the Shedd Aquarium.

At the heart of the park is the Buckingham Fountain, one of the world’s largest fountains. It boasts of more than a hundred jets that shoot water that is over a hundred feet high during 20-minute choreographed displays.

Where To Eat In Chicago 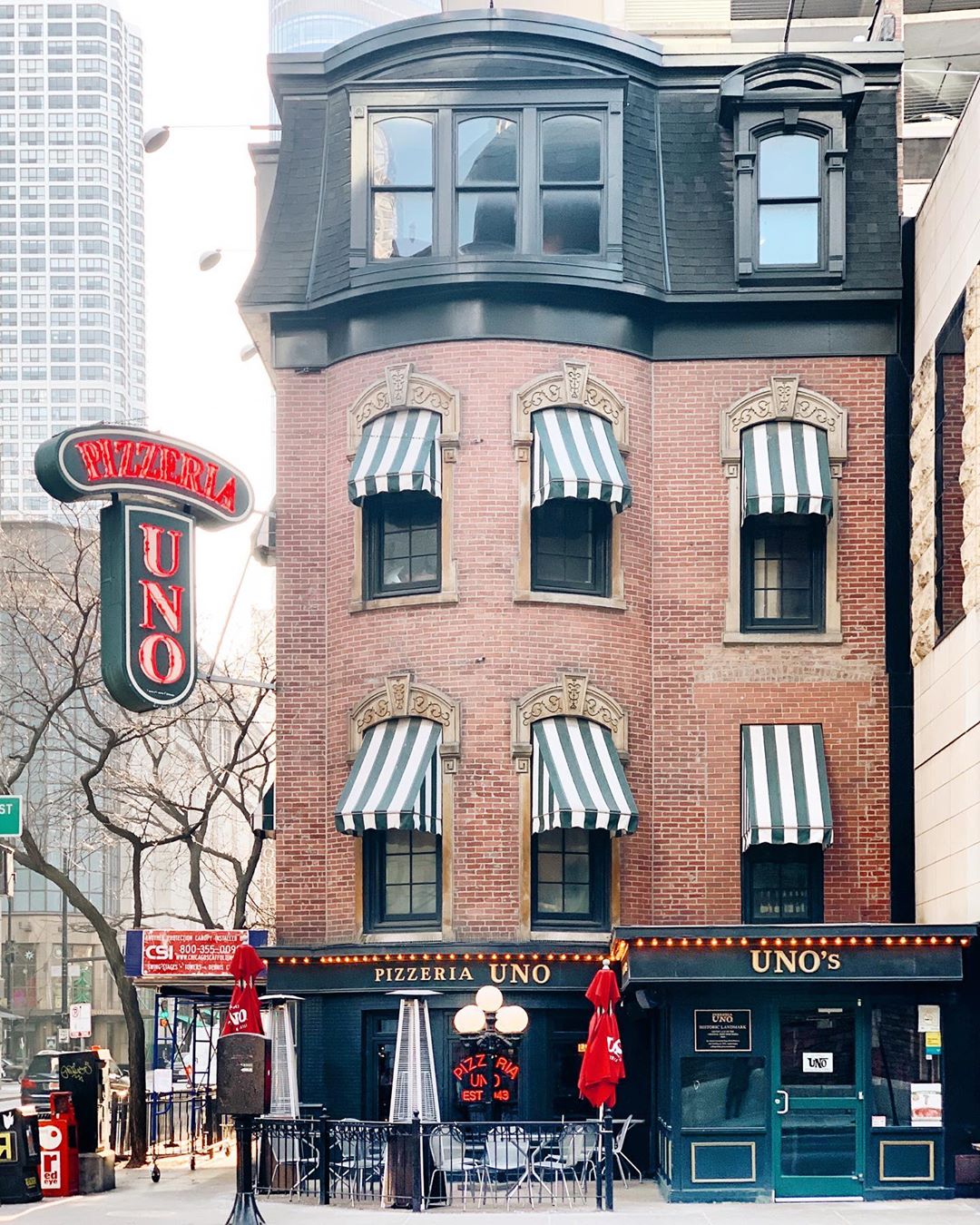 Chicago is synonymous with deep-dish pizzas and everyone who goes to the city is looking forward to satisfying their pizza hunger.

A mainstay since the 1940s, Pizzeria Uno is the birthplace of deep-dish pizzas that are loaded with peppers, onions, sausage, chunky tomato sauce, mushrooms, topped with various kinds of cheeses.

(Not to be confused with the Uno Pizzeria Bar & Grill you see in airports and all over the U.S., this place is legit) 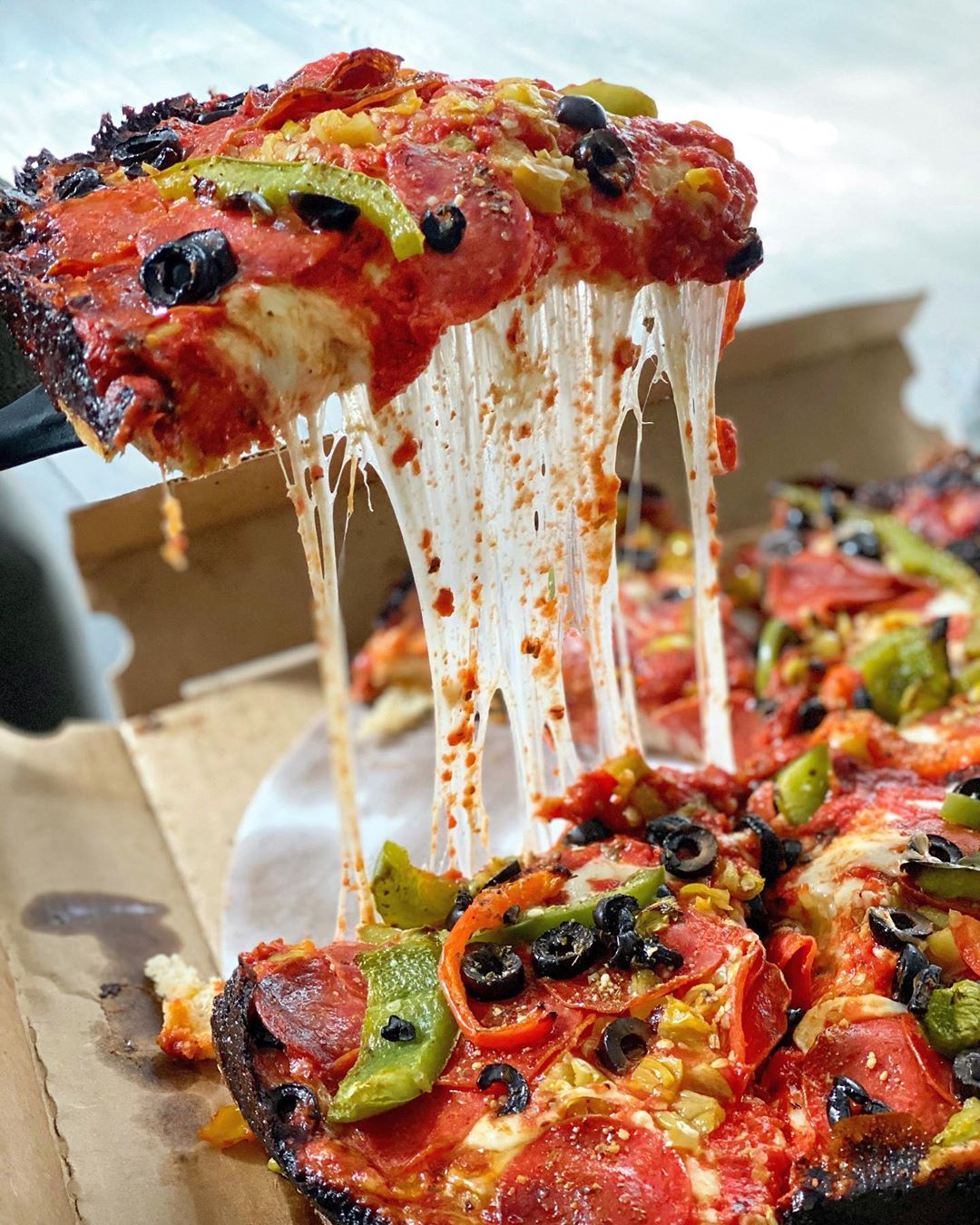 Another staple when it comes to deep-dish pizzas, Pequod’s is where most locals go to dine.

This Lincoln Park pizzeria is popular for its caramelized crust but be prepared to wait because there is always a long line of hungry people. 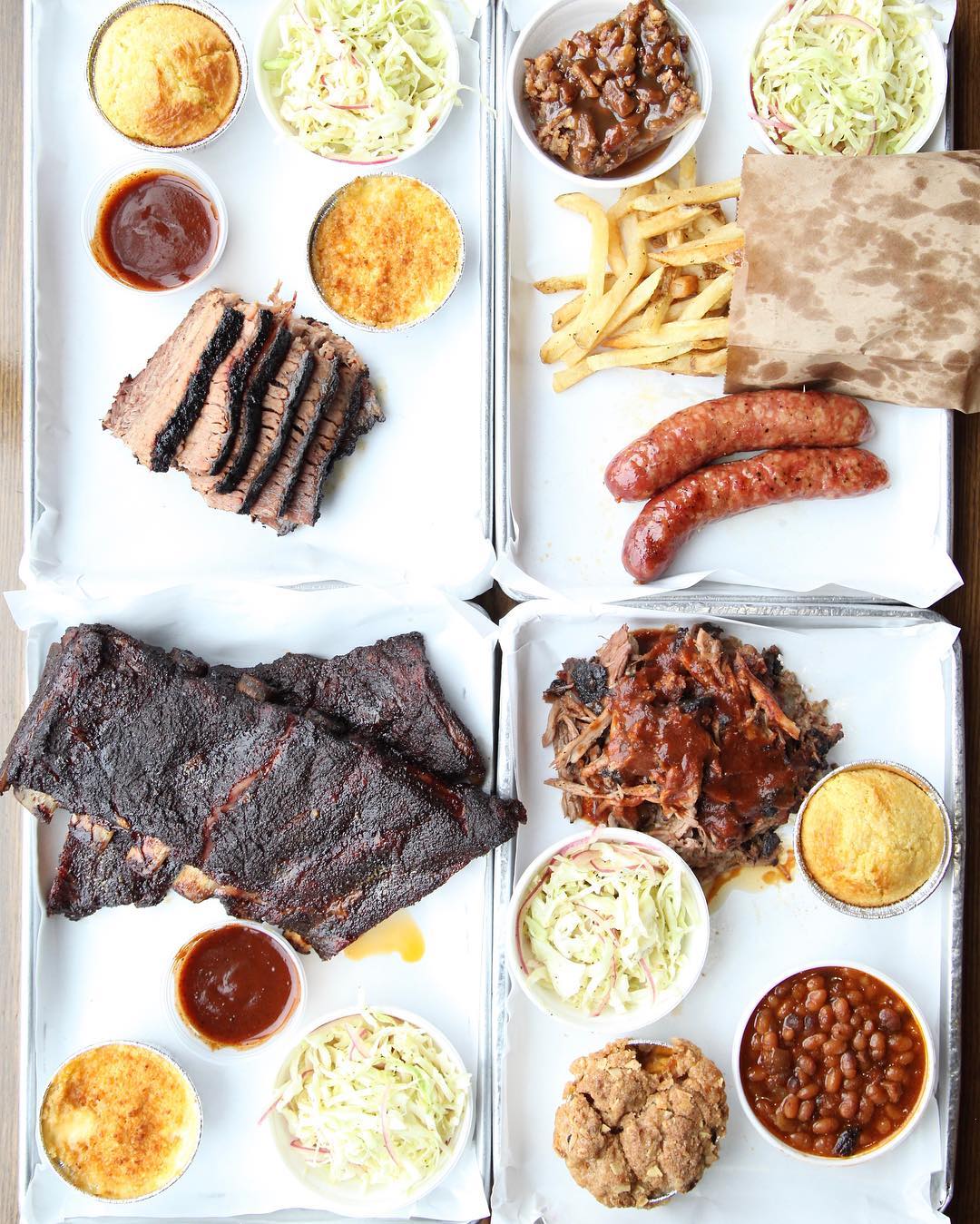 The city’s barbecue scene is thriving and frankly quite impressive.

Arguably one of the best places to get a full slab of St. Louis-style ribs is Smoque. One taste of its dry-rubbed, apple-and oak-smoked ribs will keep you coming back for more. 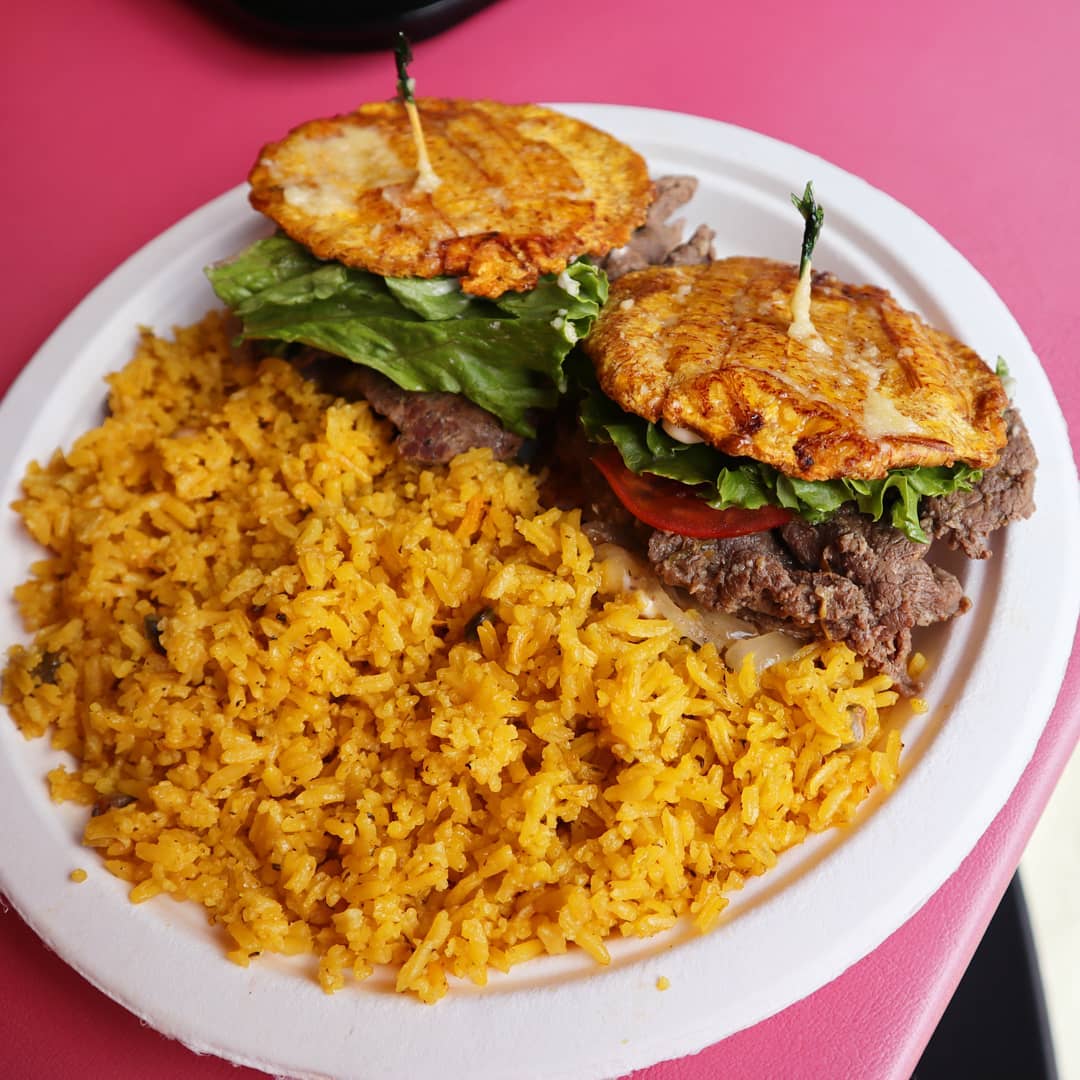 Instead of using bread, the jibarito uses fried plantains, and if that isn’t unique, I don’t know what is.

First served in the now-closed Borinquen Restaurant, you can now try the steak jibarito at the Jibarito Shop in Pilsen.

Recognized as one of 2017’s best dishes, the mixture of lettuce, tomatoes, buttery garlic, and Chihuahua cheese with tender steak will make you drool. 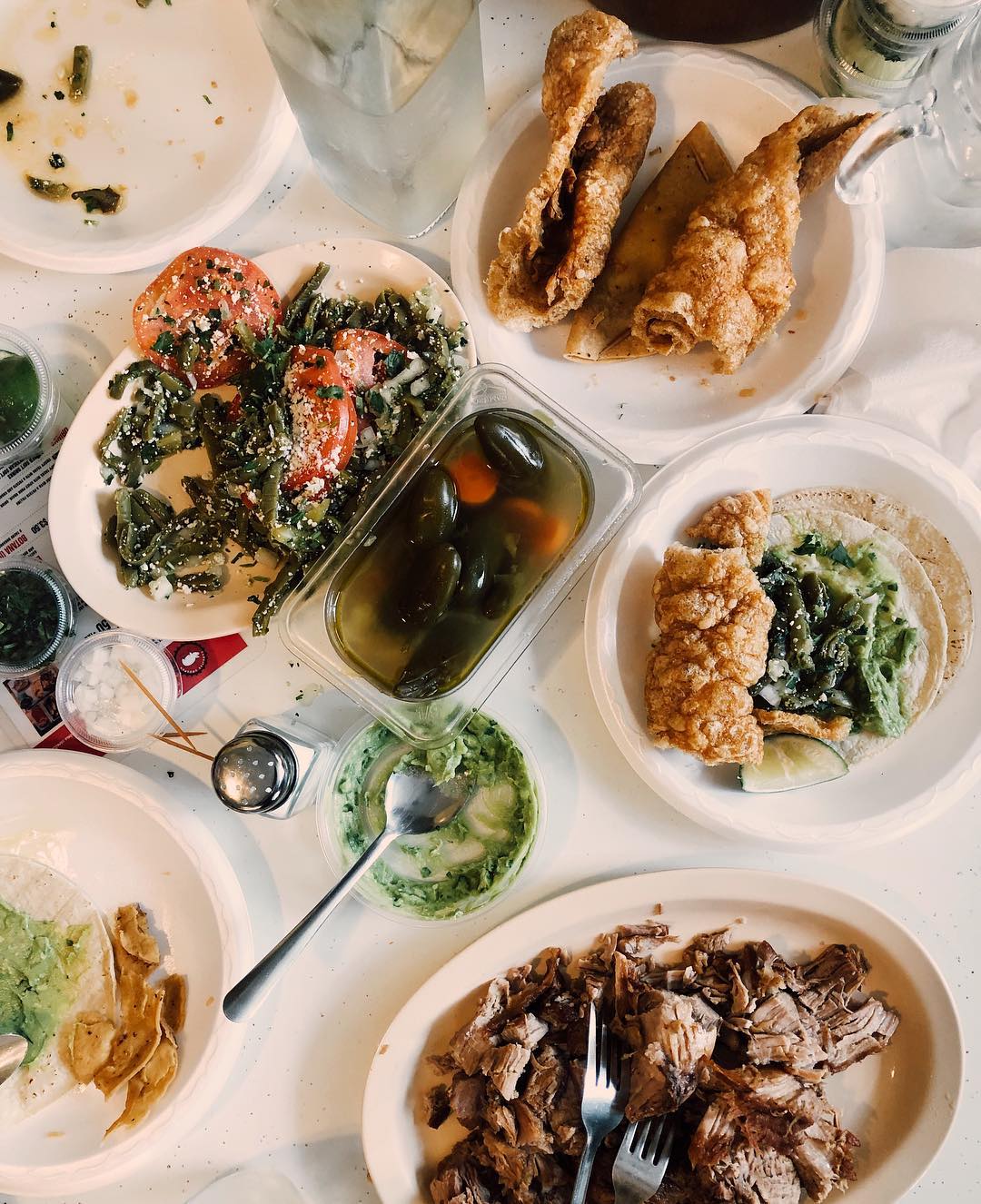 Carnitas, which means ‘little meat’ is a Mexican dish that originated in the Michoacan state.

It is made of braised and roasted pork that is shredded into tiny pieces. It can either be consumed on its own or swaddled in a tortilla.

The best place to get carnitas in Chicago (and some would argue the world) is at Carnitas Uruapan which was opened in 1975 and the spot remains iconic to this day.

Although seating is limited and the line can get long, this is a must for any foodie traveler. 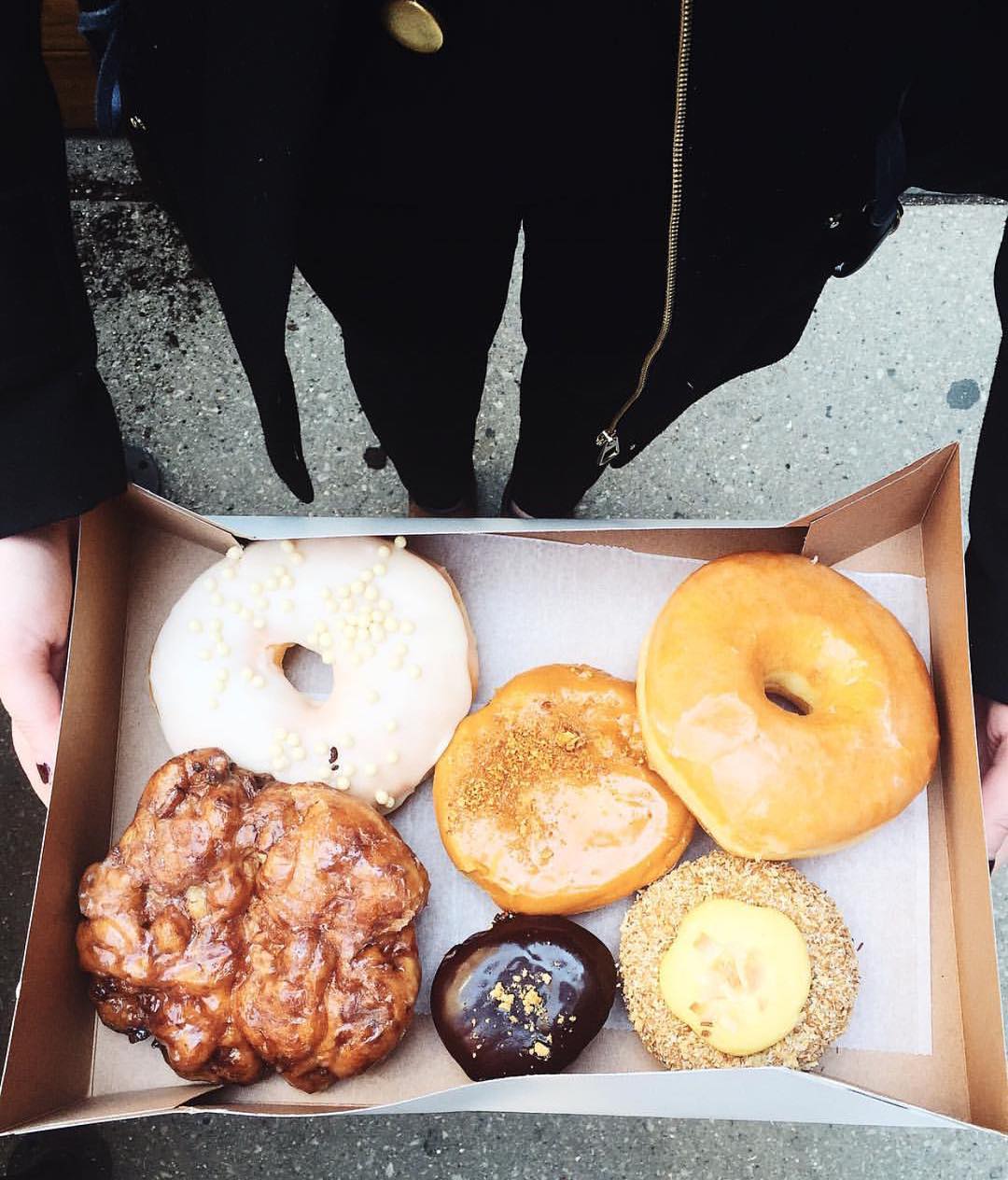 If you have a sweet tooth (guilty

), you have to check out Firecakes Donuts.

The donuts are HUGE and crumble-in-your-mouth deliciousness. Try the Old Fashioned and then get a couple of seasonal favorites, you won’t be sorry you did. 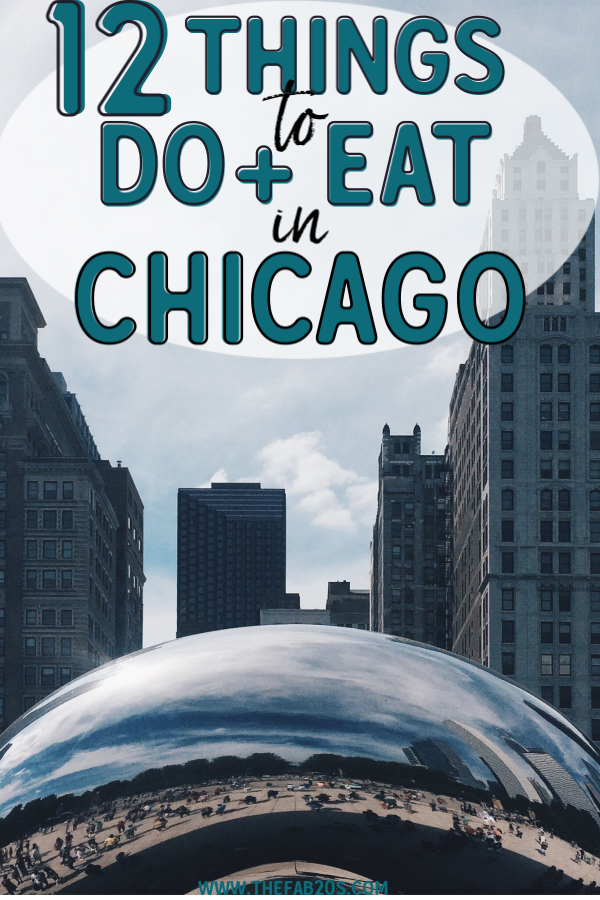 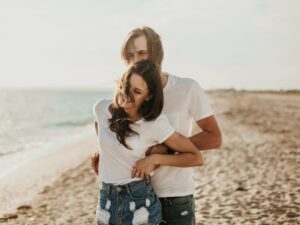 What Is A Female Led Relationship And Is It Right For You? 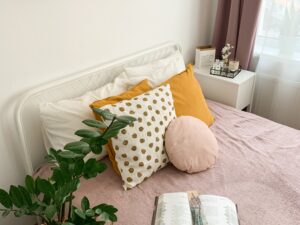 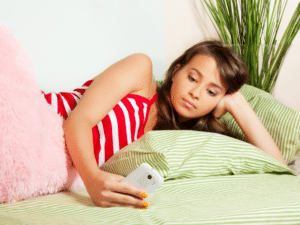 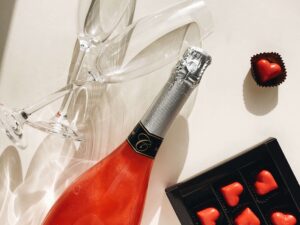