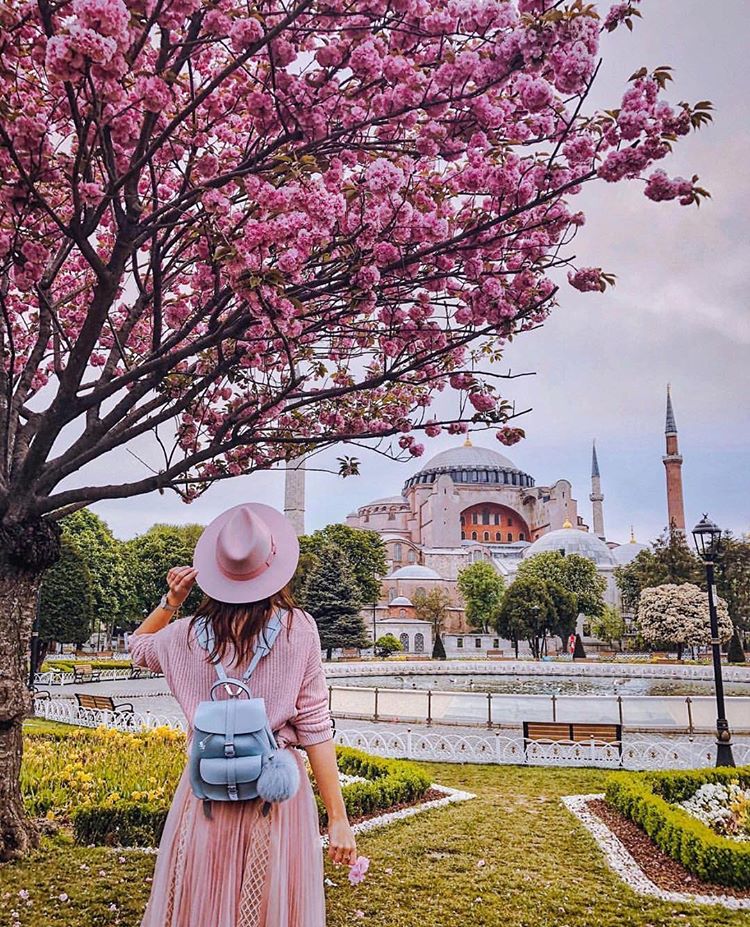 20 Things You Must Do When Visiting Istanbul

You’re first time in Istanbul! Ahh the sights, the smells, everything about this city is incredible.

Even if you’re only visiting for a weekend, even 48 hours in Istanbul will give you a taste of the best the city can offer.

I have rounded up some of the best thing to do, both popular and non-touristy things to do in Istanbul, Turkey.

Istanbul is the only city in the world that is located across two continents, thereby giving it a rich history and culture.

Here is a list of the must see sights you should not miss when visiting Istanbul for the first time.

The Roman and Byzantine empires used the Hippodrome for chariot racing and other ceremonies.

The Hippodrome was the capital of the Byzantine Empire and a social center of Constantinople.

It is located in Sultanahmet Square and the entire surrounding area is well worth a visit.

Check out the Egyptian Obelisk, the Spiral Column, the Column of Constantine Porphyrogenitus and the Kaiser Wilhelm II fountain.

Marvel at the Blue Mosque

The Blue Mosque was constructed in the 17th century and is impressive with thirteen domes and six minarets.

Both the interior and exterior are a sight to behold, with over 200 stained glass windows and intricate designs.

It’s free to enter, but there is normally a line. For the best experience, try to visit the Blue Mosque outside prayer times.

Rich and sweet, this classic dessert is an absolute must try in Istanbul.

It originated from the Ottoman empire but can now be found on every corner of Istanbul.

It is composed of finely chopped nuts with an exterior of flaky pastru, held together by a delicious syrup. Ugh, my mouth watered just thinking about it! A classic dessert you can’t miss out on.

The Basilica Cistern is across the square from the Blue Mosque.

It is the largest of the ancient cisterns beneath Istanbul. The Byzantine Emperor Justinian I constructed the Basilica Cistern in the 6th century.

The Cistern is best known for its striking Medusa column bases.

Hagia Sophia is an architectural wonder. It was constructed in 537 AD and first served as an Eastern Orthodox Cathedral.

During the Ottoman Empire, it became a mosque. Since 1935 the building has been a museum. The interior reflects the history of Hagia Sophia as a Christian church and Islamic mosque.

Don’t forget to follow the tradition of wishing for a miracle at the Weeping Column!

Stand in Awe of the Topkapi Palace Museum

The Topkapi Palace Museum was built in the 15th century by Sultan Mehmed II and it is absolutely spectacular.

It is a sprawling complex with pavilions and galleries featuring religious relics such as Moses’ staff.

The Harem, Court of the Divan, the Pavilion of the Holy Mantle and the tiled terraces of the Fourth Courtyard will leave you breathless.

When it comes to absolute must see’s in Istanbul, the Topkapi Palace should be number 1 on your ‘Things To See In Istanbul’ list!

You can find the Firca Handicraft Centre on Alemdar Street, it is one of the best things to do in Istanbul on a rainy day.

If you are interested in the craft process itself, you can see the artists showing off their skills. It is quite a fascinating process.

Watch a Turkish Dance at the Hodjapasha Culture Centre

The Whirling Dervishes is an ancient Islamic ritual during which the performers go into a trance-like state.

Check Out The Spice Bazaar

During your visit to this Bazaar, you will find exotic spices, Turkish delight, nuts and apple teas.

Pro Tip: The best prices are available in the stores just outside the Spice Bazaar.

Check Out The Suleymaniye Mosque

The Suleymaniye Mosque is a magnificent Ottoman structure and the second largest mosque in Istanbul.

It features a large courtyard, beautifully patterned walls and stained glass windows inside the Mosque.

Woman always need to cover their heads and shoulders when entering a mosque, so don’t forget to bring a scarf with you when visiting Istanbul.

Haggle at the Grand Bazaar

The Grand Bazaar is the largest covered market in Istanbul and features more than 60 shopping lanes and 3000 shops(!!).

The Grand Bazaar was build in the 15th century but has retained much of its traditional traits such as a beautifully painted ceiling and an old stone floor.

Here you can find anything your heart desires with vendors selling everything from jewelry, food items and carpets. For the best bargains, haggle with the shop owners just outside the building.


Learning to haggle in Istanbul is one of the coolest things to do.

Go to the Top of Galata Tower

Galata Tower is only 70 meters tall but offers some of the most beautiful views of Istanbul.

From the viewing deck, you can see the Bosphorus and the many mosques and domes in the city.

A popular street food, a Simit seems to be somewhere between a bagel and a pretzel.

This is possibly the cheapest snack you’ll find on the street and can be eaten plain, or with preserves, such as jam, cream cheese, or nutella.

A novel by Oran Pamuk, set in Istanbul in the 1970s, forms the basis for the Museum of Innocence.

Pamuk’s book described the unlucky love affair between Kemal and his lover, Fusun.

The museum has displays of items collected by Kemal to remind him of Fusun and includes everything from film clips to rusty keys.

If you love being nostalgic, this is the museum for you!

Need to wind down from all the crazy things to do in Istanbul?

A traditional Turkish bath starts with a short visit to a hot room similar to a sauna where you relax before being massaged, scrubbed and eventually rinsed with cold water.

There are several good choices for this experience, including the 16th century Kılıç Ali Paşa Hammam. Men and women visit this hammam at different times during the day.

The Palace has large European halls with extravagant furnishings and lighting fixtures.

The construction of this building contributed to the bankruptcy of the empire in the 1870s.

Visiting the Ortakoy Mosque at sunset is an experience you should not miss! Although much smaller than most mosques in Istanbul, it is a stunning mosque and worth a visit if you have the time!

Istanbul’s location is at the mouth of the Bosphorus where the Black Sea meets the Aegean Sea. Your stay in Istanbul wouldn not be complete without a cruise along the Bosphorus.

A cruise allows you to see ancient palaces, bridges, and museums on both the European and Asian sides. Food on board can be overpriced; it is better to buy something from the Ortakoy waterfront before boarding.

Cruising across the Bosphorous is such a fun thing to do any time of the year.

Perhaps order yourself an authentic Turkish tea while on board

Visit the Asian side of Istanbul

One of the places to visit on the Asian side is the Sakirin Mosque, which is Turkey’s first mosque designed by a woman. It is a modern, light version of the Ottoman architecture.


The Asian side of Istanbul is one of the most interesting things to see because it’s such a clash of cultures with European and Asian architecture and practices. There’s nothing like it in the world.

Explore and Try ALL The Food

Locals love to dine at the Ortaklar Kebap Lahmacun. This restaurant has generous servings at low prices. The various kebab dishes and flatbreads with different topics are favorite dishes to try.

The Hamdi Restaurant started as a kebab food cart in the 1960s but grew over the years.

A table on the rooftop gives you a beautiful view of Istanbul while enjoying içli köfte (meatballs covered in bulgur), lahmacun (thin, meat-topped pizza) or kebabs.

Don’t Forget:
Download the Skyscanner app and set up alerts.

Be the first to know when there is a price drop on your bucket list destinations.


Hopefully by now you have a pretty full itinerary of what to do in Istanbul! 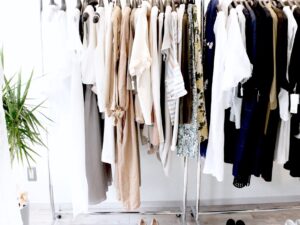 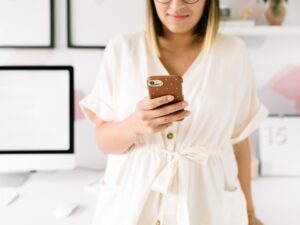 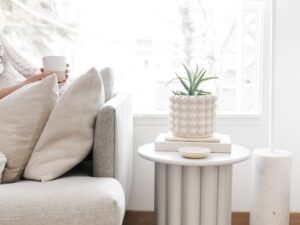 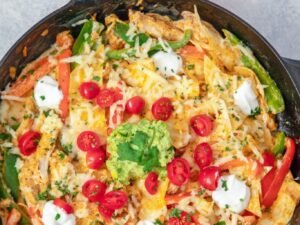