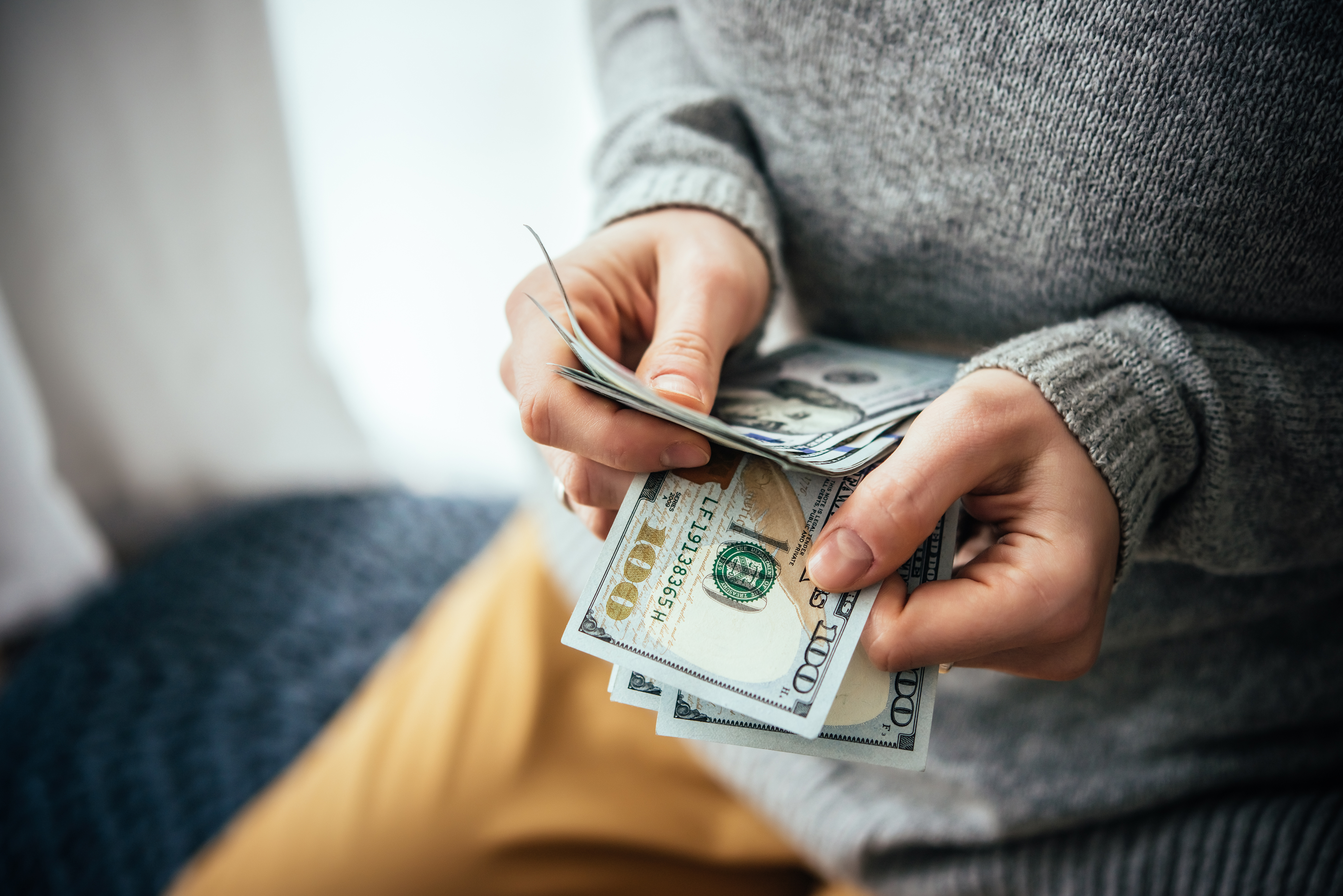 “We are what we repeatedly do. Excellence, then, is not an act, but a habit.”- Aristotle

It’s easy to think the rich are lucky, trust fund babies, or simply greedy money hoarders, but in actuality, they are regular people who have the same 24 hours in a day that we do.

And although some rich people might be “born into wealth” it takes certain habits and mentality to maintain it.

Just look at how many stories of lottery winners who were bankrupt three years after winning. Or the NBA player who was a millionaire at 24 and a store clerk at 40.

There are SO many of these stories it’s unnerving. But why?

Why does it seem that poor people stay poor regardless of how much money they make? And why do the rich keep getting richer?

Habits of Poor People That Keep Them Broke

They Play The Comparison Game

This one will hurt you in all aspects of your life.

Human beings are notorious for believing the ‘grass is greener’ and wanting what others have. The only person you should ever compare yourself to is who you were yesterday.

When the new iPhone inevitably comes out boasting its new .002 cm larger screen for only $1,100 and all your friends are getting it; Stop Yourself.

Do you really need it? Get into the habit of asking yourself whether you truly want something because it will make you happier or if it’s just a story you’re telling yourself.

We are bombarded with advertisements and social media feeds of friends living their best life, but just remember not to compare your reality to someone’s highlight reel.

And definitely, don’t go broke trying to make a fake image of yourself.

They Buy Liabilities They Think Are Assets

I learned this from Rich Dad Poor Dad and it’s the goddamn truth!

The main difference between rich people and poor people is the rich buy assets. The poor buy liabilities they think are assets.

As Mr. Kiyosaki said, accountants and financial planners won’t agree with his definition of assets and liabilities, but anything that puts money in your pocket is an asset. Anything that takes money out is a liability.

Poor people tend to buy a home thinking that’s their greatest asset. Your home isn’t an asset! It takes an enormous amount of your paycheck without giving you anything back.

Yes, I understand we need a place to live, but in order to get rich, you need to understand the difference between assets and liabilities. Poor people don’t.

They buy homes, cars, and boats without even thinking about putting their money in stocks, bonds, CD’s etc.

They Don’t Pay Themselves First

Even if your financial situation is BAD you have to always pay yourself first.

Paying yourself first doesn’t mean putting money in your vacation fund or taking yourself out to a nice meal.

Most American get a paycheck and immediately pay their mortgage, car, utilities, groceries, etc. and whatever they have left is then put into savings. That’s paying yourself last.

Paying yourself first means you allocate money for YOU before you get your check. That’s money for future investments and assets. It’s just as important to pay yourself as it is to pay your mortgage.

Whatever the amount is, say $500 a month, you budget that into your monthly expenses and work out the rest AFTER you pay yourself.

For some, that may mean downgrading to a smaller home or more gas-efficient car, whatever you have to do to make sure you always pay yourself.

They Take The Easy Road

Wealthy people don’t mind taking the hard road because they have a long-term mindset.

Whether they care to admit it or not, most poor people are seeking immediate gratification.

Who are the richest people in the World? Businessman, or more specifically, entrepreneurs.

Most entrepreneurs spend years without taking a paycheck. They work and work and work because they hold a long-term vision for their company. They’ve decided the short-term gratification of getting an immediate paycheck Friday isn’t for them, and they take the hard road.

Where in your life have you taken the easy road? Was there a major in College you wanted but was too difficult? Or a job opportunity that you wanted but the workload was intimidating?

I believe human beings take the easy road because they are scared. They’re scared of failure and being left behind. The rich also have fears, but they learn to manage those fears better and don’t allow their decisions to come from a place of terror.

The Poor Play The Blame Game

Stop and look around. How many people are playing the blame game?

I’ll tell ya, a whole bunch! They blame their spouses, the bosses, their parents, their siblings, everyone. Except themselves.

Do you want to hear a brutal truth? If you’re poor in a first-world country, it’s almost entirely your fault.

And although this may not apply if you’re under the age of 30 as your professional life is just starting, it’s the hard, cold truth most Americans can’t swallow.

Take responsibility for your life and stop blaming everyone around you for your problems!

Whatever problems you may be experiencing can be fixed if you’re simply willing to be accountable for yourself.

A Lot Of Screen Time

Did you know that 78% of poor people watch reality tv versus just 6% of the wealthy?

This goes back to what you value and taking the easy road.

Sitting on the couch to watch tv is an easy (unproductive) activity you can partake in, but the rich (again) prioritize their long-term goals over short-term gratification.

It may feel good at the moment to watch a couple of episodes of your favorite tv show, but that won’t have any long-term effects on your well-being and future.

The rich will fill their day with more productive, better uses of their time.

Poor people are more likely to hit the snooze button and sleep in than wealthy.

Perhaps because the wealthy have such grand goals they know they have to be up early to achieve them, making use of every ounce of light available.

The saying ‘the early bird gets the worm’ is true and the rich know this.

If you are a chronic over-sleeper, try and get up early with a morning routine.

Make yourself some coffee, maybe even workout, and make a plan for your day filled with goals you want to achieve.

They Focus On One Income Source

Poor people tend to have one income source vs. rich who have (on average) seven.

if you only have one job that you’re relying on to pay all your expenses in life, you really should consider diversifying.

Perhaps start a side-hustle from home or educate yourself on investment opportunities.

You don’t want to have all your eggs in one basket.

When you have multiple sources of income, you are much better adapted to change and minor inconveniences.

If you lost your job today, would you be ok? For how long? A week? A couple of months?

Never put yourself in that situation and diversify.

If you like this, you’ll probably like the 12 Habits of Rich People That Anyone Can Do (But Most Don’t) 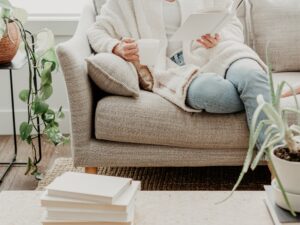 12 Things To Do For Your Mental Health During Self-Quarantine 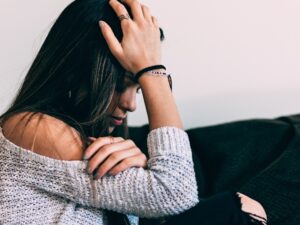 8 Effective Ways Of Getting Out Of A Rut Quickly 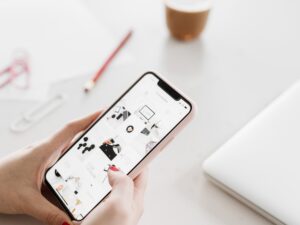 How To Slash Your Cell-Phone Bill In Half 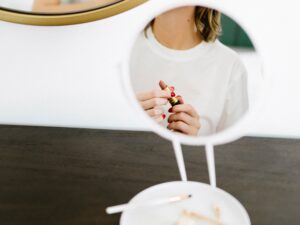